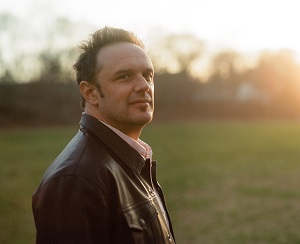 Mark Erelli’s acclaimed 2020 release, Blindsided, mined the same gritty yet soulful territory as John Hiatt’s Bring The Family or Bonnie Raitt’s Nick Of Time. He contemplated the delicate tension between love and commitment, faith and family, disillusionment and hope.

But the award-winning singer/songwriter’s body of work isn’t a confession from the therapist’s couch; it’s rock ‘n’ roll. He clearly takes his cues from heroes like Petty and Prine and is praised for his “jangly guitars, heartfelt vocals and soulful harmony lines” (Associated Press).

For over 20 years, Erelli has honed his musical craft serving as a sideman for Grammy-winning artists like Paula Cole, Marc Cohn, and Josh Ritter, as well as doing his own material like “By Degrees,” on which he was joined by a host of voices including Roseanne Cash and Sheryl Crow.

Performing as part of a duo in this show, Erelli showcases his signature sound with the wisdom that comes with other 20 years of songwriting.

7:00p
For All Seasons Presents - Life is Better with You Here: A Community Conversation about Suicide Prevention