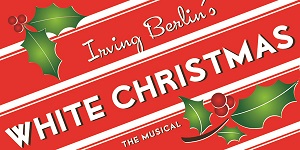 **The Avalon Foundation requires each ticket holder to provide proof of COVID-19 vaccination (your completed COVID-19 vaccination card, copy of your card, or official digital card) and a corresponding photo ID, along with a valid ticket, in order to gain access to the theatre.  Also, properly fitted face masks are REQUIRED to be worn while inside the building.**

Veterans Bob Wallace and Phil Davis have a successful song-and-dance act after World War II. With romance in mind, the two follow a duo of beautiful singing sisters en route to their Christmas show at a Vermont lodge, which just happens to be owned by Bob and Phil's former army commander. With a dazzling score featuring well-known standards including “Blue Skies,” “I Love A Piano,” “How Deep Is the Ocean” and the perennial title song, White Christmas is an uplifting musical worthy of any Holiday Season.

The stage adaptation of White Christmas opened on Broadway at the Marquis Theatre on November 4, 2008, after several successful engagements throughout the United States.

This traditional holiday classic, seen live and in person, might just be exactly what we all need this year.

Join us for the Avalon Foundation’s annual holiday celebration starring your friends and neighbors in this wonderful adaptation of the beloved musical. All ticket proceeds go toward the Foundation’s year-round mission to provide diversified arts and educational programs that improves the quality of life here on the Eastern Shore.