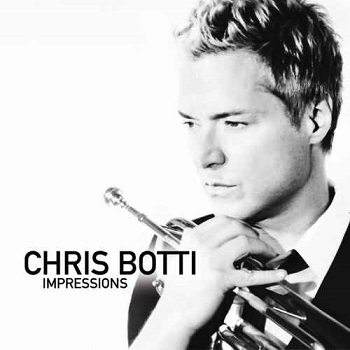 “A mesmerizing trumpet player, Botti is also a storyteller who thrives on audience interaction.
Arguably one of the top jazz trumpeters in America today, Botti surrounds himself
with some of the best musicians in the music industry…”
DC Metro Theater Arts

There’s nothing quite like a Chris Botti concert. A dazzling trumpeter who’s at home in everything from jazz to pop to rock, he’s also a brilliant bandleader who lets his top-notch players shine. When you see him perform live, you understand why musical stars from Sting to Paul Simon to Joni Mitchell are so eager to share his stage.

For over two decades, Chris Botti has amassed a spectacular variety of honors, including multiple Gold and Platinum albums, to become the nation’s largest-selling instrumental artist. Since the release of his 2004 critically acclaimed CD “When I Fall In Love”, he has crossed over to audiences usually reserved for pop music, and his ongoing association with PBS has led to four #1 jazz albums.

Most recently, his latest album “Impressions” won the Grammy for Best Pop Instrumental. Performing worldwide and selling more than four million albums, Botti has found a form of creative expression that begins in jazz and expands beyond the limits of any single genre.