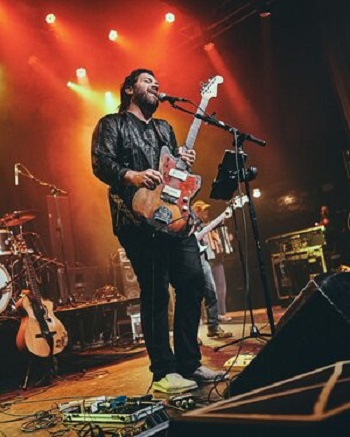 Schneider “swerves expectedly eclectic in style, bouncing from funked-up raps to smooth pop, yet the moments of sincere reflection caught in Schneider's immaculate and surprising turns of phrase stand out most of all.” Austin Chronicle

Austin, TX-based singer/songwriter Bob Schneider’s solo career has proved to be as eclectic as the diverse musical styles of his former bands, The Ugly Americans and The Scabs.

He combines the traditional singer/songwriter aesthetic with elements of funk, country, rock, and folk. Schneider’s scruffy good looks and strong, husky voice attract some attention, too, but it’s his music -- reminiscent of ‘70s icons from Neil Young to Paul Simon, with a slightly more edgy, modern sensibility that evokes Beck -- that has maintained his high profile around Austin.

Since the release of 2001’s “Lonelyland,” Schneider has built a national fan base with extensive touring and several releases of original work over nearly two decades. He and his team are planning a 2020 release of new material as well as an early 2021 re-cut and release of his debut album “Lonelyland.”